IT is a broad-spectrum. If you are an IT expert, this makes sense. First, subdivide IT into two main subsections namely hardware and software. Software deals with programs and instructions that run in computer systems; while hardware refers to all the physical components of a computer system each line still undergoes subdivision.

The system software also called operating system, works hand in hand with utility software called BIOS (Basic Input Output System) to tell the computer how the hardware components should operate and coordinate with the application programs. In some systems, utility software and the system software (OS) depend on one another function. Systems software can be used by the users or work in the background. System software provides a user-friendly user interface where users interact with the computer hardware like installing and uninstalling hardware drivers and more using the device manager.

These are programs that allow users to be productive by using them, like daily by sending emails, creating excel document and many other applications that help computer users in their daily activities and productivity. There are advanced application programs used for high-end designing like engineering packages, architectural packages, and designing packages. All software while running utilises hardware components, for example, while a user runs the word processor application, it uses RAM, the hard disk and the computer processor. A video game uses the video card, hard drive, memory called RAM and the microprocessor. Installing programs in a computer add functionality to your computer system, but the computer without computer application can run just good. RAM in a computer is the main memory of a computer system where all the running programs are held and processed before they are sent to hard drive or external storage media.

They are data stored in ROM, which provides users or computer technicians with instructions on how the computer device should operate. They are permanent. Therefore, the user cannot delete it without using special programs.

These are releases for the firmware used to update the firmware. For example, a user downloading router updates from the network to improve performance and in some cases, can fix the issues that affect the hardware component.

Tips for installing application software in a computer 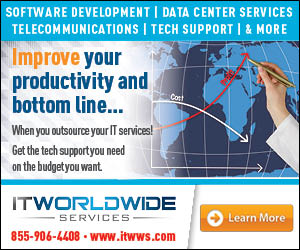 Managed IT Services for Business – IT Support Explained